The past few weeks has been incredibly hectic again. Prior to heading to San Francisco I was busy working on my outfit for the Angelic Pretty anniversary party.
This year would my mark my second time at the party, and I decided to go on Friday and leave Friday to explore more of San Fran. I went with Jordan and Leslie who are part of the So-Cal Comm.

Day1:
We decided to take the plane to SF. Little did we know that the moment we took off, there was a shooting 2 terminals away from us. Family and friends were messaging us like crazy, but for an hour they did not know we were up in the air instead of running away from gunshots. Luckily we turned on our phones super fast and let our friends and family know we were safe in SF.

That day we decided to head to our friends apartment, where we were staying, and get dressed to head to Baby the Star Shine Bright and Jtown. 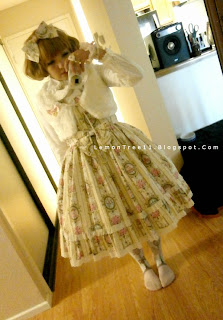 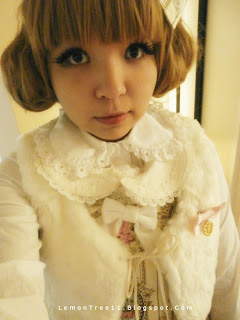 OUTFIT RUNDOWN
Headbow & JSK- Alice and the Pirates
Blouse & Tights- Angelic Pretty
Bag (not shown)- Swimmer
Everything Else- Baby, AP and off brand

Oh and while  we were in town, we passed by AP because the girls wanted to pick up some items they ordered online. As we were heading towards the store, we saw Maki & Asuka and Honda-San (Owner of AP) across the street. I was giddy, but then I realized, I am wearing FULL BABY AND ALICE AND THE PIRATES!!! I generally don't care what brand I wear when I meet people, but I remember AP and Baby have some sort of beef with each other.

After that we went to Jtown where we went around browsing the New People building and the area with some local peeps. Oh and we did purikura! 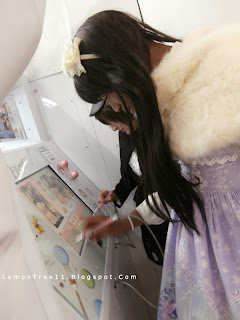 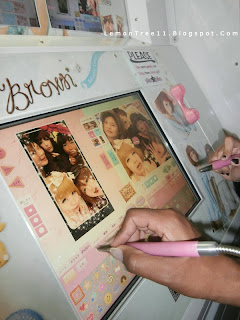 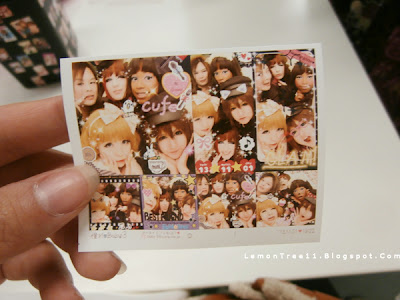 Day 2:
We decided to sort of take our time heading to AP for the in store event. We knew girls would be camping for lucky packs, and tbh, we convinced ourselves that we wouldn't be spending much and especially on lucky packs. We were right on one thing, we didn't care tooooo much about lucky packs, but booooy did we spend lol.

I decided to wear something comfortable 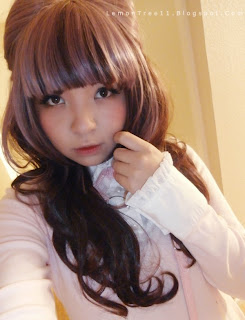 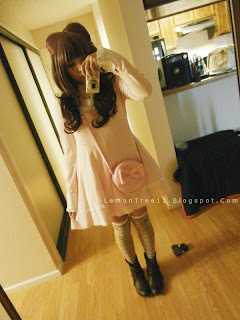 OUTFIT RUNDOWN
Cutsew OP, Socks, Purse- Angelic Pretty
Everything Else-Off Brand
I heard girls were lining up from 1:30 in the morning, however the majority of girls arrived between 5:30 to 8 am. That was insane. I'm glad to have arrive around 10 and browse comfortably around the shop.

It was nice to see some familiar faces and even see Maki and Asuka as honorary shop girls!
We also met one of the shop girls from Japan who was in love with Automatic Honey merch!

After that it was back to Jtown and we had crepes again :P The first time (not pictured) I had a lychee crepe that had an actual lychee fruit inside the lychee flavored ice cream. It was amazing!
Day 3:
This was the big day, the reason we saved our pennies to up north, the Angelic Pretty 3rd Anniversary tea party.
We spent most of the morning at my friend's apartment getting ready. I was first ready, I dunno why... but I tend to get dressed pretty quickly, by lolita standards. 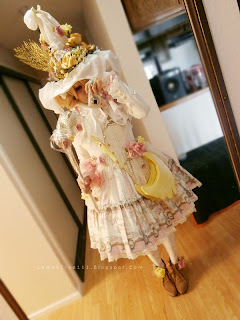 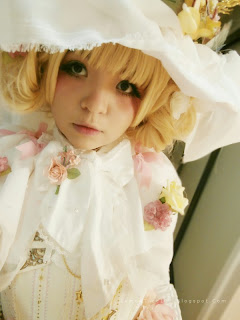 The hat was the centerpiece of my outfit. It was also the last thing I made, and my biggest freakout at 3 in the morning lol. The original design was way different. Originally, I wanted it to be a tower of roses encased in sheer chiffon, but it didn't come out that way. So I had to take out all the flowers and figure out a way to hide the tears in the hat. I then wrapped the hat with chiffon and attached some flowers around the hat. I also ran into the obstacle of making it portable for air travel. The hat base is made of poster board so it was pretty stiff. I decided that while packing i would fold it in particular ways, so that the brim of the hat would have a sort of natural flop. The based of the hat also had a flower crown which I made separate. I placed it in a plastic bag (to prevent the sparkle from getting everywhere) and easily packed it in my bag.  I also added pins to all the extra flowers, in case i wanted to attach more to my outfit.

The other scary part of my outfit was my staff. It broke once (where the unicorn fell off), I mostly had to play tetris with my luggage and find the perfect spot where it would stay firmly in place.

This outfit I have been drafting up for weeks. It was sort of my dream look when I first received the DDC JSK. It has also been ages, since I've done something like this and I did miss it. However I didn't miss how restricting outfits like these were lol.

Anyhoo, enough rambling. Here are some photos from the event. 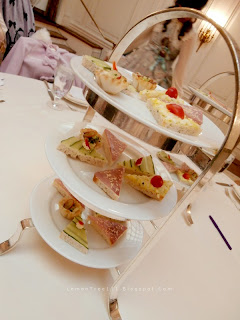 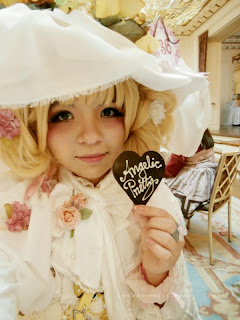 Food. I was disappointed it wasn't refillable...
We played a few games, partook of a huuuuge raffle, where everyone sort of won, and then there was the best dressed. My friend Angela won second place with her bad ass version of DDC
And I won first place!!! I was so nervous and excited. I told Jordan that there is always that one person that comes in and everyone is like WTF. So I was sort of expecting for that someone. I unno, I've always had that sort of luck  so I wasn't expecting to win. Though I did try because I really did want an artwork by Maki. I really love her art. Though It would've been nice to have won the Musse set :P 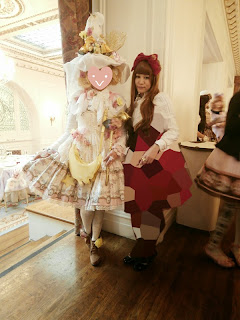 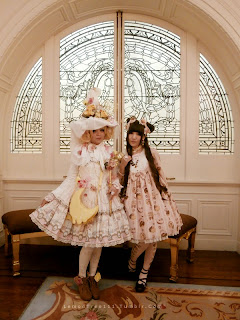 I also took pics with Maki and Asuka. I'm currently in awe of Asuka's JSK. Most of you already know that its Radiant Candle, but we were asked to blur the photos till November 16. So we are respecting those wishes.
She was pretty cool, she tried her best to speak in English and was so bubbly. She also took a tooon of pics of the event too. I hope she shows the photos to her japanese peers and see that we can be a spectacular bunch :)

Finally here is my weekend haul 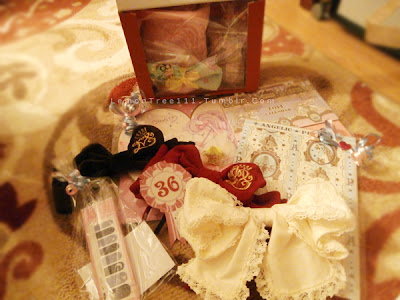 It was a really fun weekend and I hope to go again next year :)

It's life through fashion~
A simple blog with regards to mostly lolita and otome fashion.
Contact:
lemontree_111@yahoo.com
Tumblr:Click